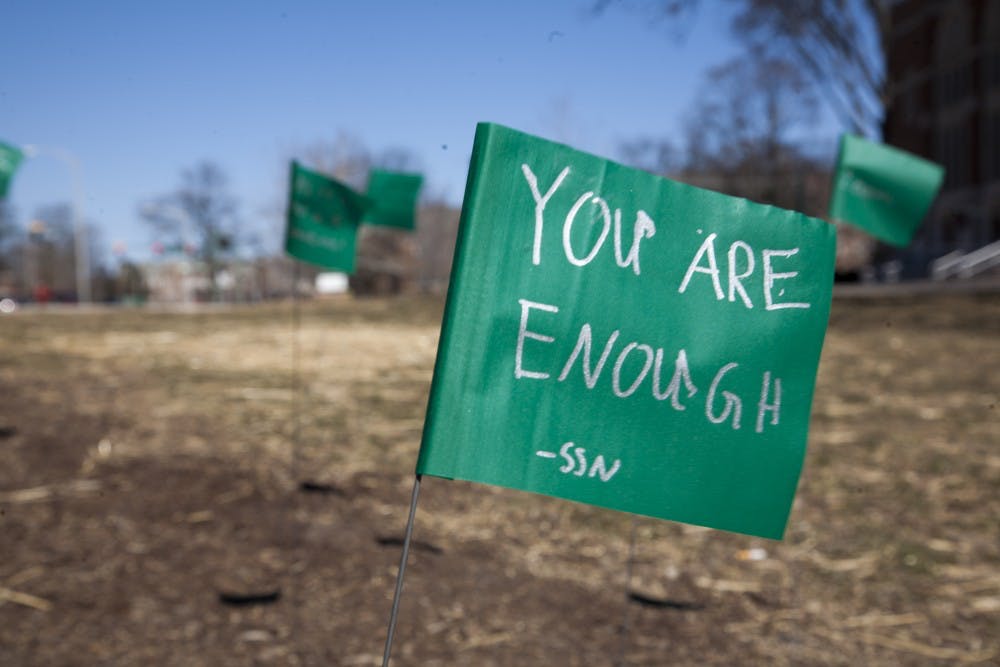 THE CALLER from Sangre Grande was in his sixties. He said he was staring out his window early one morning last week when a wave of desolation and hopelessness engulfed him. The streets now empty and devoid of moving cars and people, which had been his daily distractions and comfort from a life living alone, made him feel sad as he had never felt before – and he had begun to cry.

He went into the kitchen, heading to the drawer where he kept his medication, and thoughts of suicide filled his mind. This covid19 thing will kill me anyway, he reasoned. Why not end it now? Fighting back his thoughts, he picked up his cellphone and called a number that was given to him by a friend the previous week. I answered. It was 6.15 am. The hotline started at 8 am but I was awake.

The mother from San Francique was uneasy. Her 27-year-old son had contracted the virus but he did not want to isolate in his room. She and her husband were in their late fifties and were worried that they too would be infected. “He restless, going outside and all over the house and not listening to us,” she said.

When he spoke to me a few moments later, his affect was flat – no emotion or desire to engage. He dutifully answered the questions posed to him and with the information that I had from this educated young man – jobless with a first degree, no relationship, few friends – the choice was his to evolve or dissolve.

After a while, the young man spoke of his goals which had seemed futile under the present circumstances of the pandemic. Choosing to evolve, and as he isolated, he was encouraged to add to his skills set by enrolling in the short courses offered by the Government and writing about his future plans. Allow people to find that inner strength and reason to live.

The grandmother from Arouca was not so fortunate. She called the morning that her grandson, aged 14 years, took his own life. The family did not see it coming, she said. Why? Why? Why? They had ignored the red flags of his separation from the family, spending most of his time in his room, not talking or eating.

In another instance, the 24-year-old female preferred to talk by text. She felt she was a burden to everyone and “in a place where I’m like Alice, falling down the rabbit hole.” She didn’t like her dark, brooding thoughts as they would lead her to “shed my mortal coil and escape from everything,” she texted. Very deep, if you knew Shakespeare’s Hamlet and the young prince’s own battle with suicidal ideation.

During this crisis of the pandemic, the younger generation and those people who are isolated from everyone need more of our support and care, and vigilance. Some people develop suicidal thoughts when feeling overwhelmed, alone, out of control, or when waves of depression resurface. Talk to people if you sense that something is wrong or they are not coping with issues. It is important to show them that you care and that you are willing to listen to what they may have to say to you – whether good or bad, without judgment.

There are those amongst us who are barely holding on, motivated by faith and the need to keep on moving for family and children’s sake. In this time of uncertainty, we have to constantly remind ourselves that we cannot fix or solve everything and there are things beyond our control that we must let go of. Many of us are doing a pretty good job with what we have, and it is also okay to be tired and angry sometimes.

Try not to be influenced by the negative drama and noise around that is on social media and in the news. Choose to evolve, to keep on moving, to row your boat even when there is no wind. If not, you will be stuck, and just like that sometimes, without realising it, you begin to dissolve, to be apathetic and not to care about anything, with dark brooding thoughts and feelings of hopelessness.

If you have to start all over again, see this opportunity as the beginning of a path not yet taken, and not as the end of your journey. One day at a time during this crisis. Do not let suicide be a permanent solution to a temporary problem that you may have, even if it has been ongoing. Talk to someone. Call us. We are still here for you. Go to our website at www.psychologytt.org and press the red button to see the available numbers of the crisis intervention team.